in conversation with Chuck Wendig

Terry Virts‘ How to Astronaut is an insider’s guide to an experience few will ever know firsthand – the highs, lows, humor, and wonder of experiences including survival training, space shuttle emergencies, bad bosses, putting on a spacesuit, time travel, and more.

Colonel Terry Virts is a pilot, astronaut, author and photographer. Terry earned a Bachelor of Science degree in mathematics from the United States Air Force Academy in 1989, and a master of aeronautical science degree in aeronautics from Embry-Riddle Aeronautical University. He began his career as an Air Force officer and pilot he was stationed in Arizona, Florida, Georgia, South Korea, Germany, California, and Texas. He has logged over 5,300 flight hours in more than 40 different aircraft including combat time in the F-16 “Viper.” He has also served in multiple flying commands, Space Command, and Cyber Command.

In 2010 he made his first spaceflight as pilot of the Space Shuttle Endeavour on mission STS-130 ; delivering the now-famous Cupola, which provides astronauts with a 360° view of our planet and the universe. Virts attended Harvard Business School in the fall of 2011 and completed the General Management Programme, having been selected as NASA’s only candidate for that programme.

Selected by NASA in 2000, he was the pilot of STS-130 mission aboard Space Shuttle Endeavour. In March 2015, Terry assumed command of the International Space Station, and spent over 200 days on it. He is one of the stars (and photographers) of the IMAX film, A Beautiful Planet, released in April 2016. He is also the author of View from Above. He is also one of only 4 astronauts ever to have piloted a space shuttle, flown on a Russian Soyuz spacecraft, performed space walks and commanded the ISS.

Chuck Wendig is the New York Times bestselling author of Star Wars: Aftermath, as well as the Miriam Black thrillers, the Atlanta Burns books, and the Heartland YA series, alongside other works across comics, games, film, and more. A finalist for the John W. Campbell Award for Best New Writer and the cowriter of the Emmy-nominated digital narrative Collapsus, he is also known for his popular blog, terribleminds.com, and his books about writing. He lives in Pennsylvania with his family.

“If I turned off the lights inside, suddenly countless stars appeared, like fireflies in the summertime coming out as darkness falls”

—Terry Virts, View From above.

Get ready to join Terry in conversation, Saturday, September 26th. 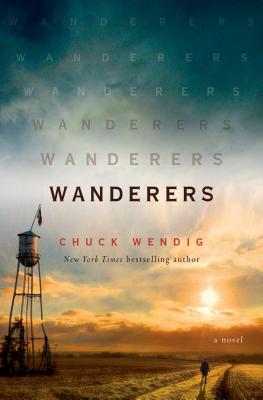