in conversation with Kate Hudson

The three women will discuss Kate and Miriam’s newest book, Rad American History A-Z, an illustrated history book that explores centuries of radical and transformative political, social, and cultural moments and movements in American history. They’ll touch on multiple topics including the importance of reading and learning about our nations’ lesser-known histories, engaging in honest conversation with their children about current events, and broadening our minds to create a just and sustainable future.

Register now for your invitation to:

Help keep us connected. Share the news about Book Passage's live events with a friend.

Welcome to Conversations with Authors!

For more than 40 years, Book Passage has been the welcoming home for readers. And now, we’re pleased to share a remarkable schedule of conversations with many of our favorite authors—each a long-time friend of Book Passage—well beyond the Bay Area.

Please join us here each week as we come together with great authors and thinkers to share ideas and to celebrate our community. These  live, free, online events aren’t book readings so much as intimate conversations about what it means to be living through these times, and what it means to stay connected to the people and the ideas that bind us.

Register once, and you’re guaranteed a seat at every upcoming Conversations with Authors event. You’ll be invited to help shape each session in advance by prioritizing the issues we discuss, and you’ll have the chance to ask additional questions during each conversation. You can even view the free archive of any event you might have missed, any time you like.

Please join us. We look forward to seeing you soon!

Register once, and join us for every upcoming conversation.

Click the photo, or the name immediately beneath it, to view. 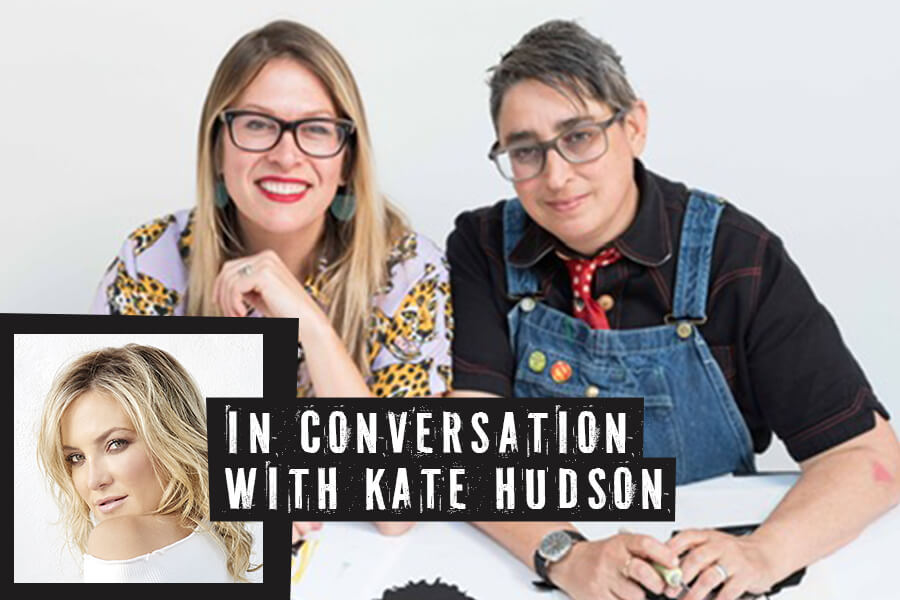 in conversation with Kate Hudson

The three women will discuss Kate and Miriam’s newest book, Rad American History A-Z, an illustrated history book that explores centuries of radical and transformative political, social, and cultural moments and movements in American history. They’ll touch on multiple topics including the importance of reading and learning about our nations’ lesser-known histories, engaging in honest conversation with their children about current events, and broadening our minds to create a just and sustainable future. 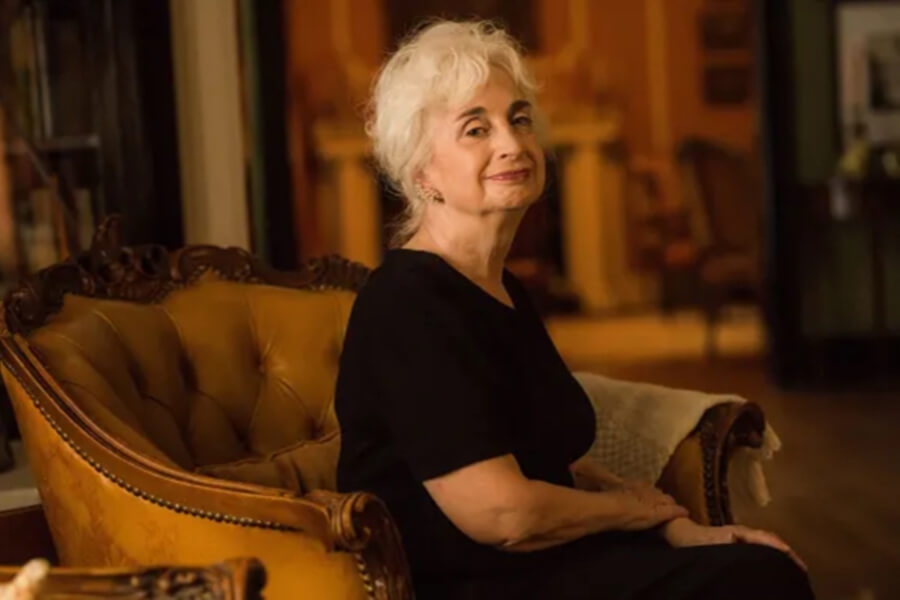 Judith Martin’s Minding Miss Manners in an Era of Fake Etiquette, is a modern guide to modern manners in which Miss Manners guides you through these turbulent times with her timeless wisdom and archly acid wit.

Also known as Miss Manners, Judith has made tireless efforts to expand the understanding and exercise of etiquette which have not escaped official notice. During a White House ceremony In November, 2005, she was awarded the nation’s highest honor in the humanities, the National Humanities Medal, in recognition of her contributions to society as America’s foremost etiquette columnist and author.

Judith’s “Miss Manners” newspaper column — distributed thrice-weekly by the Universal UClick and carried in more than 200 newspapers in the United States and abroad — has chronicled the continuous rise and fall of American manners since 1978. Since 1996, she has been writing an additional “Miss Manners” column for the Microsoft Network, and she is a contributor to the Financial Times. 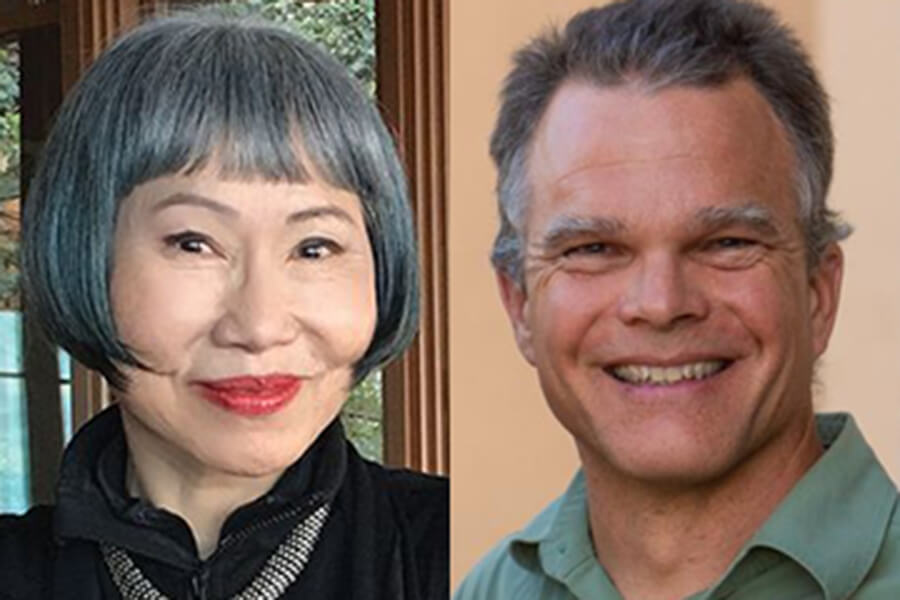 An author, artist, and educator, John is the founder of the Nature Journal Club, a community of people (on Facebook and at in-person groups all over the world) who love to explore the wonder, beauty, and mysteries of the world through the pages of their nature journals. For the last five years, Amy has been a member of that community and a devoted nature journaler. These two artists have become friends and sketching buddies, and they enjoy exploring nature together and finding new things to observe and wonder about in nature.

Amy Tan’s The Joy Luck Club remains a classic examination of the sometimes painful, often tender, and always deep connection between mothers and daughters. Her other novels are The Kitchen God’s Wife, The Hundred Secret Senses, The Bonesetter’s Daughter, Saving Fish from Drowning, and The Valley of Amazement (2013), all New York Times bestsellers. She is also the author of a memoir, The Opposite of Fate, two children’s books, The Moon Lady and Sagwa, The Chinese Siamese Cat and numerous articles for magazines, including The New Yorker, Harper’s Bazaar, and National Geographic. She is also the author of the short story “Rules for Virgins” published in e-book format (Byliner Original).  Her work has been translated into 35 languages, from Spanish, French, and Finnish to Chinese, Arabic, and Hebrew. Amy’s latest book, Where the Past Begins: A Writer’s Memoir, was published in October 2017. She is at work on another novel, The Memory of Desire.

John (Jack) Muir Laws has written and illustrated several other books including The Laws Guide to Nature Drawing and Journaling (2016), The Laws Guide to Drawing Birds (2012), Sierra Birds: a Hiker’s Guide (2004), and The Laws Field Guide to the Sierra Nevada (2007). He is a regular contributor to Bay Nature magazine with his “Naturalists Notebook” column. 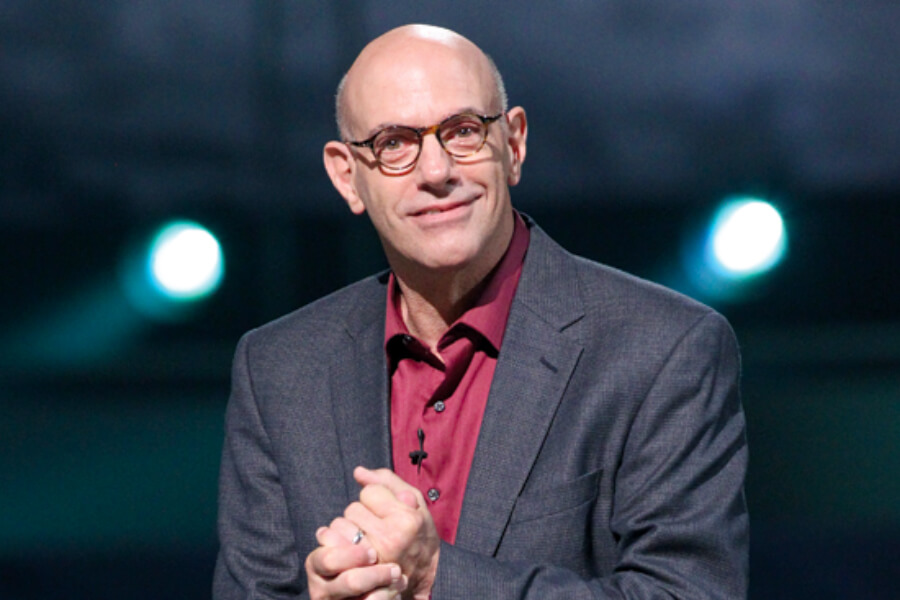 in conversation with Brooke Warner

Mark Nepo‘s #1 New York Times bestseller The Book of Awakening is the result of his journey of the soul, speaking of spirit and friendship, and urging readers to stay vital and in love with this life, no matter the hardships

Mark has been called “one of the finest spiritual guides of our time,” “a consummate storyteller,” and “an eloquent spiritual teacher.” His work is widely accessible and used by many and his books have been translated into more than twenty languages. A bestselling author, he has published twenty-two books and recorded fifteen audio projects. In 2015, he was given a Life-Achievement Award by AgeNation. In 2016, he was named by Watkins: Mind Body Spirit as one of the 100 Most Spiritually Influential Living People, and was also chosen as one of OWN’s SuperSoul 100, a group of inspired leaders using their gifts and voices to elevate humanity. And In 2017 Mark became a regular columnist for Spirituality & Health Magazine.

Brooke Warner worked as an acquiring editor in the publishing industry from 2000-2012. In May 2012, she co-founded She Writes Press with Kamy Wicoff, founder of SheWrites.com. She also teaches memoir through Write Your Memoir in Six Months, a program she co-founded with Linda Joy Myers, President of the National Association of Memoir Writers. 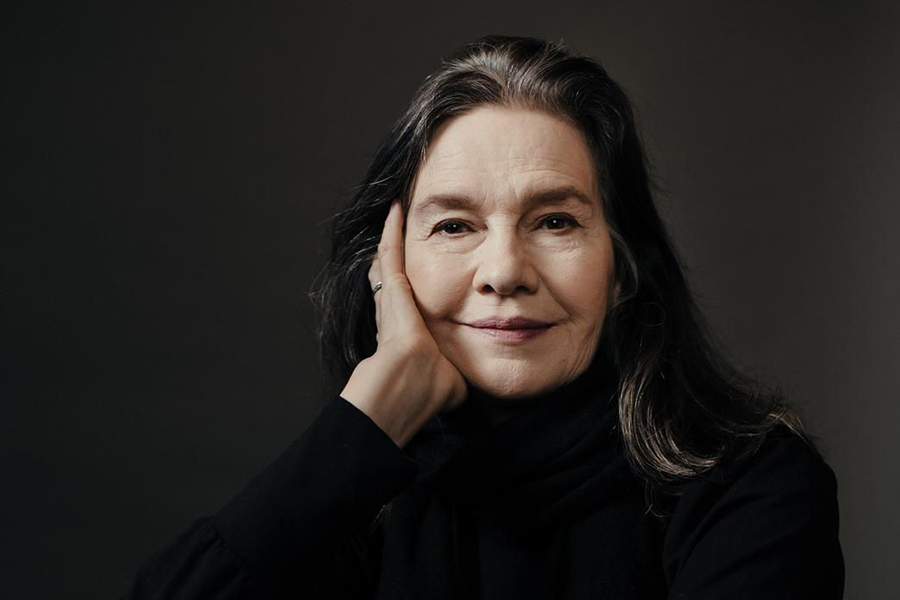 Louise Erdrich’s powerful novel The Night Watchman is based on the extraordinary life of her grandfather, who worked as a night watchman and carried the fight against Native dispossession from rural North Dakota all the way to Washington, D.C.

Louise is the author of fifteen novels as well as volumes of poetry, children’s books, short stories, and a memoir of early motherhood. The Round House won the National Book Award for Fiction. The Plague of Doves won the Anisfield-Wolf Book Award and was a finalist for the Pulitzer Prize, and her debut novel, Love Medicine, was the winner of the National Book Critics Circle Award. She has received the Library of Congress Prize in American Fiction, the prestigious PEN/Saul Bellow Award for Achievement in American Fiction, and the Dayton Literary Peace Prize.

Louise lives in Minnesota with her daughters and is the owner of Birchbark Books, a small independent bookstore. 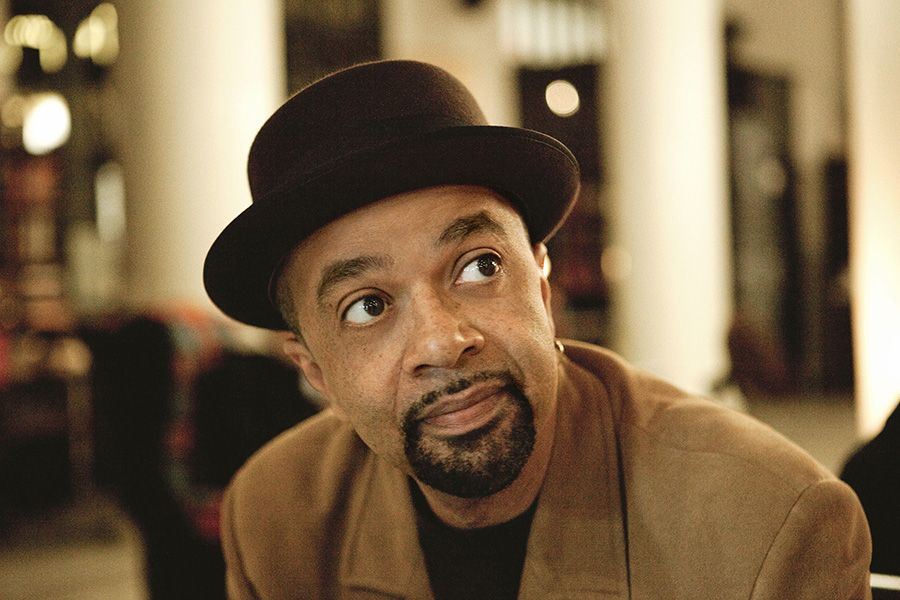 James McBride’s Deacon King Kong was already one of the most celebrated novels of the year – before it was selected by Oprah Winfrey as her Oprah Book Club Pick.  “In a moment when our country roils with righteous anger and grief,” Oprah says, “Deacon King Kong reminds us that when we come together as a community in compassion and empathy, our love triumphs.”

James is an award-winning author, musician, and screenwriter. His landmark memoir, The Color of Water, published in 1996, has sold millions of copies and spent more than two years on the New York Times bestseller list. Considered an American classic, it is read in schools and universities across the United States. His debut novel, Miracle at St. Anna, was turned into a 2008 film by Oscar-winning writer and director Spike Lee, with a script written by James. His 2013 novel, The Good Lord Bird, about American abolitionist John Brown, won the National Book Award for Fiction and will be a Showtime limited series in fall 2020 starring Ethan Hawke. 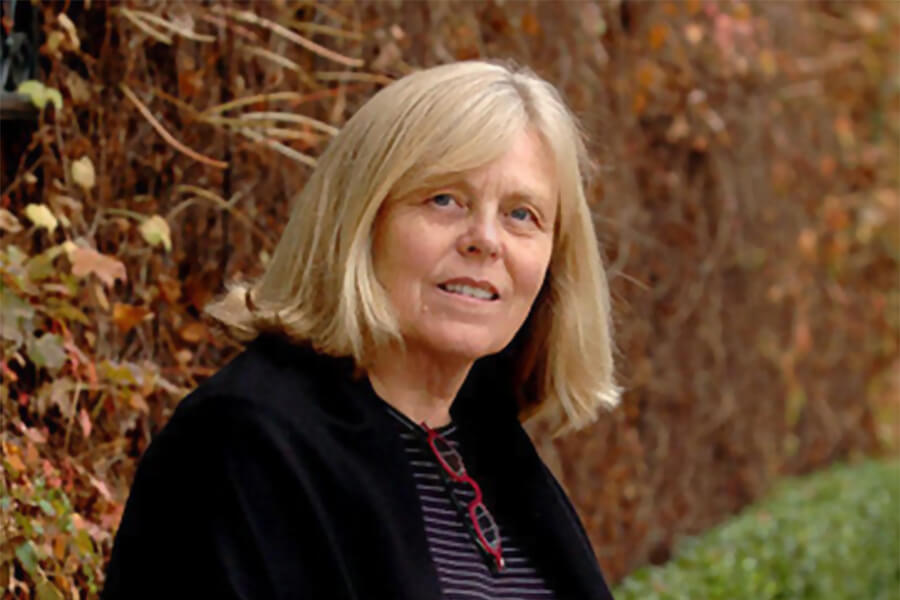 in conversation with Barbara Wright

Ursula Hegi‘s latest novel, The Patron Saint of Pregnant Girls – about three mothers, and set on the shores of the Nordsee – is testament to the ways in which women hold each other up in the most unexpected of circumstances.

Ursula was born in Germany in 1946 and immigrated to the United States as a teenager. She is the author of 12 books. Several of her novels, including Stones from the River and Floating in My Mother’s Palm, explore German and German-American identity in the 20th century. Set in Burgdorf, a fictional village in Germany, they are part of the Burgdorf Cycle, which also includes the novel, Children and Fire published in 2011.

Ursula’s work has been translated into many languages, and her awards include the Italian Grinzane Cavour, an NEA Fellowship, and a PEN/Faulkner Award. She has served as a juror for the National Book Awards and the National Book Critics Circle.

Ursula lives with her husband in in New York State. She teaches in the MFA program in Writing and Literature at Stony Brook, Southampton.

Barbara Wright is the author of three novels: Crow, Easy Money, and Plain Language, which won a Spur Award from the Western Writers of America. She grew up in North Carolina, has traveled all over the world, and lived in France, Korea, and El Salvador.  She worked as a fact-checker for Esquire and as a screenwriter.  Barbara lives in Denver, Colorado with her husband, Frank Gay.