in conversation with Jordan Pavlin

Susan Minot‘s latest release, Why I Don’t Write, is the first collection of short fiction in thirty years from the critically acclaimed author of Monkeys, Evening, and Thirty Girls.

Susan is an award-winning novelist, short-story writer, poet, and screenwriter. Her first novel, Monkeys, was published in a dozen countries and won the Prix Femina Étranger in France. Her novel Evening was a worldwide best seller and became a major motion picture. She received her MFA from Columbia University and lives with her daughter in New York City and on an island off the coast of Maine.

Jordan Pavlin is Senior Vice President and Editorial Director at Alfred A. Knopf.

“There is no good reason. Don’t waste your life waiting for good reasons…You’ll wait and wait.”

A personal note from Susan Minot.

Many many thanks to Elaine for having me and my beloved editor Jordan Pavlin and for letting me see a bookstore behind you in the background. Thanks also for the tip about listening to audio books on LibroFM which funnels a percentage of funds to independent bookstores.

And while I have the stage, a reminder to everyone to VOTE.

Below are the books I have been reading (I have more time):

And here is a link to Saturday’s conversation.

Why I Don’t Write 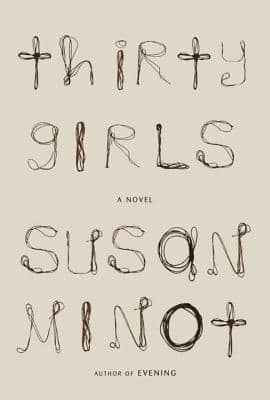