in conversation with Michael Krasny

P. J. O’Rourke‘s latest, A Cry from the Far Middle, asks his fellow Americans to take it down a notch, offering a new collection of essays about our nation’s propensity for anger and perplexity.

P.J has written twenty books on subjects as diverse as politics and cars and etiquette and economics. Parliament of Whores and Give War a Chance both reached #1 on the New York Times bestseller list. He is also H. L. Mencken Research Fellow at the Cato Institute, a regular panelist on NPR’s Wait Wait . . . Don’t Tell Me, and editor-in-chief of the web magazine American Consequences. His latest book, A Cry from the Far Middle: Dispatches from a Divided Land will be published in September. He lives in rural New England, as far away from the things he writes about as he can get.

Michael Krasny has been in broadcast journalism since 1983. He was with ABC in both radio and television and migrated to public broadcasting in 1993. He has been Professor of English at San Francisco State University and also taught at Stanford, the University of San Francisco and the University of California, as well as in the Fulbright International Institutes. A veteran interviewer for the nationally broadcast City Arts and Lectures, he is the author of a number of books, including Off Mike: A Memoir of Talk Radio and Literary Life, Spiritual Envy, and Let There Be Laughter, as well as the twenty-four lecture series Short Story Masterpieces.

“No drug, not even alcohol, causes the fundamental ills of society. If we’re looking for the source of our troubles, we shouldn’t test people for drugs, we should test them for stupidity, ignorance, greed and love of power.”

A personal note from PJ O’Rourke.

Thank you for joining Michael Krasny and me at today’s event.  And thank you, Elaine Petrocelli for making this — and so much else — happen.  I only wish that I (and all of you) could have been there in person.  Michael turned a book promotion into a real conversation. In Tristram Shandy Laurence Steerne said, “Writing, when properly managed, is but a different name for conversation.” So thank you, Michael, for helping me make the point that I hope A Cry from the Far Middle is a conversation with readers, not merely a rant or a rave. 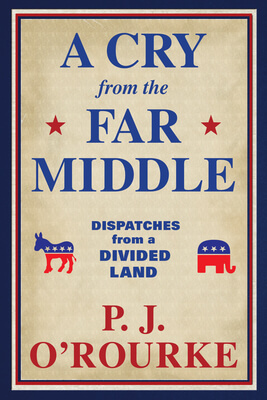 A Cry from the Far Middle 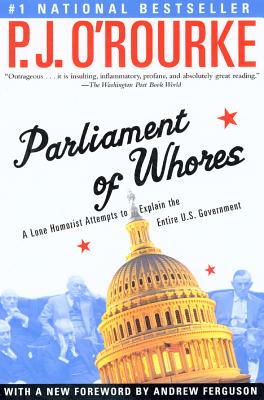 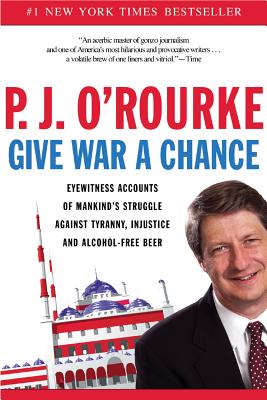 Give War a Chance