in conversation with Cara Black

Laurie R. King‘s latest, Riviera Gold: a Novel of Suspense Featuring Mary Russell and Sherlock Holmes, brings this fascinating pair to the Riviera, where they’re challenged to crack their most captivating case yet.

Laurie’s crime novels are both serial and stand-alone. First in the hearts of most readers comes Mary Russell, who met the retired Sherlock Holmes in 1915 and became his apprentice, then his partner. Beginning with The Beekeeper’s Apprentice, Russell and Holmes move through the Teens and Twenties in amiable discord, challenging each other to ever greater feats of detection.

In the Russell & Holmes stories, King explores ideas—the roots of conflict in the Middle East and Afghanistan; feminism and early Christianity; patriotism and individual responsibility—while also having a rousing good time.  Various stories revisit The Hound of the Baskervilles and Kipling’s Kim, set a pair of Bedouin nomads down in a grand country house in England, and offer an insider’s view of the great quake and fire of 1906, all the while forging an unlikely relationship between two remarkably similar individuals who happen to be separated by age, sex, and background.

Five of her novels concern San Francisco homicide inspector Kate Martinelli, Kate’s SFPD partner Al Hawkin, and her life partner Lee Cooper. In the course of the stories, Kate has encountered a female Rembrandt, a modern-day Holy Fool, two difficult teenagers, and a manifestation of the goddess Kali.

Laurie’s stand-alone suspense novels include A Darker Place, the story of a middle-aged professor of religion who investigates “cults” for the FBI, and encounters a movement that embraces the dangerous beliefs of alchemy.  Folly tells of woodworker Rae Newborne, who comes to a deserted island to rebuild a house, and her life. Keeping Watch is the story of Rae’s friend Allen Carmichael, a Vietnam vet who draws on his combat experiences to rescue abused women and children—until he comes across a boy whose problems may rival his own. Califia’s Daughters (a paperback original by “Leigh Richards”) is a post-apocalyptic sort of tale set in a near future where women rule and men are fragile. She has also collaborated on nonfiction works including Crime & Thriller Writing and The Grand Game, and on several short story anthologies.

Laurie is the third generation in her family native to the San Francisco area. She spent her childhood reading her way through libraries up and down the West Coast; her middle years raising children, renovating houses, traveling the world, and doing a BA and MA in theology.  (Her long autobiography goes into detail about how she uses these interests.) She now lives a genteel life of crime, on California’s central coast.

Cara Black is the New York Times and USA Today bestselling author of 19 books in the Private Investigator Aimée Leduc series, which is set in Paris. Cara has received multiple nominations for the Anthony and Macavity Awards, a Washington Post Book World Book of the Year citation, the Médaille de la Ville de Paris—the Paris City Medal, which is awarded in recognition of contribution to international culture—and invitations to be the Guest of Honor at conferences such as the Paris Polar Crime Festival and Left Coast Crime. With more than 400,000 books in print, the Aimée Leduc series has been translated into German, Norwegian, Japanese, French, Spanish, Italian, and Hebrew.

“I am fascinated by how a series of small decisions and events can lead to huge world trends, and have found the novel an ideal way to explore those small events—from all sides…“

Get ready to join Laurie in conversation, Sunday August 2nd. 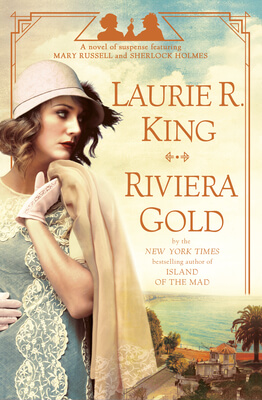 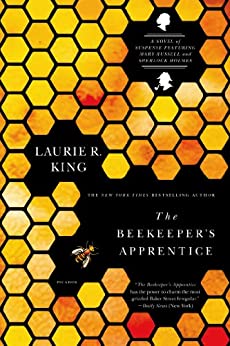 The Beekeeper’s Apprentice: or, On the Segregation of the Queen 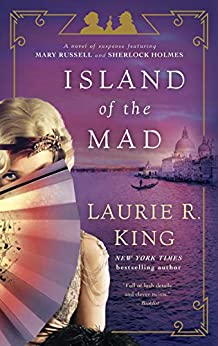 Island of the Mad 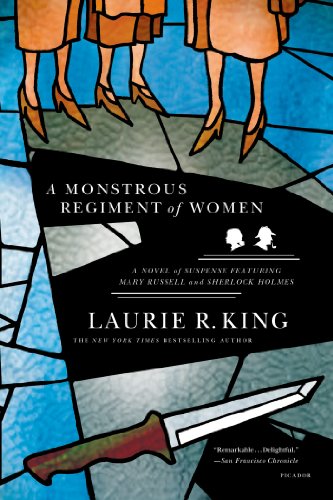 A Monstrous Regiment of Women