in Conversation with Phil Cousineau 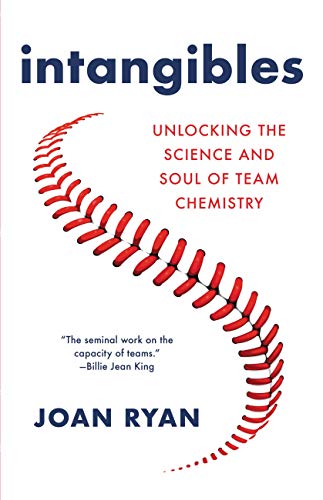 Intangibles: Unlocking the Science and Soul of Team Chemistry 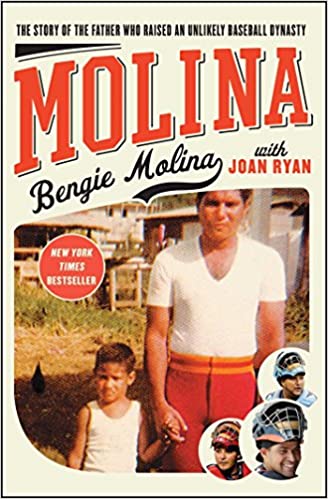 Molina: The Story of the Father Who Raised an Unlikely Baseball Dynasty 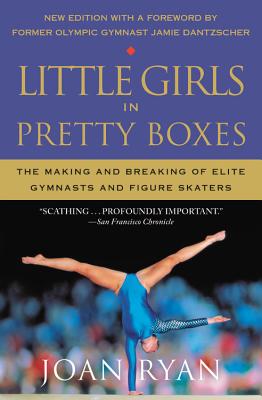 Little Girls in Pretty Boxes: The Making and Breaking of Elite Gymnasts and Figure Skaters 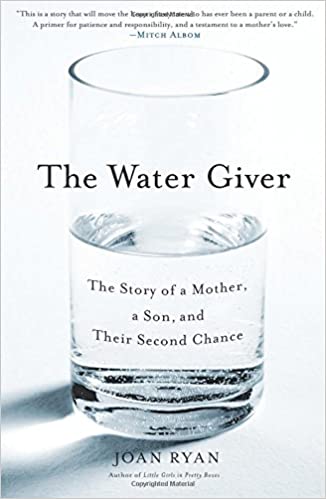 The Water Giver: The Story of a Mother, a Son, and Their Second Chance

Joan Ryan in conversation with Phil Cousineau
Saturday, May 23, 2020

Joan Ryan is an award-winning journalist and author. Her latest release Intangibles: Unlocking the Science and Soul of Team Chemistry, answers some of the most intriguing questions about performance and human relationships: Is team chemistry real? If so, what exactly is it? How does it affect output? How is it cultivated?

Molina: The Story of the Father Who Raised an Unlikely Baseball Dynasty, was a New York Times bestseller. The Water Giver: The Story of a Mother, a Son and Their Second Chance, was published in September 2009.

Joan was a pioneer in sports journalism, becoming one of the first female sports columnists in the country. She covered every major sporting event from the Super Bowl and the World Series to the Olympics and championship fights. Her sports columns and features earned 13 Associated Press Sports Editors Awards, the National Headliner Award and the Women’s Sports Foundation’s Journalism Award, among other honors. She has been awarded the Fabulous Feminist Award by the San Francisco chapter of the National Organization for Women and was named A Woman Who Could Be President by the San Francisco League of Women Voters.

Her newspaper work spans 25 years, the last 22 in San Francisco. When she left sports, she wrote columns for the Style section, the Op-Ed pages and the Metro section. She left the San Francisco Chronicle in 2007 to pursue book projects and other opportunities.

Joan is a founding board member of Coaching Corps, a non-profit organization that taps into the power of sports to help low-income youth learn and grow. She is a frequent commentator and speaker on, among other topics, children’s and family issues, girls’ and women’s sports, juvenile justice and education. She has taught writing at San Francisco State and UC-Berkeley’s Graduate School of Journalism.

Joan was born in the Bronx and grew up in New Jersey until age 12. Her family of eight—her parents, three brothers and two sisters—moved to South Florida, where Joan attended middle school, high school and college. She earned a degree in journalism from the University Florida in 1981. Three days later, she began work as a copy editor at The Orlando Sentinel. She became the first woman in the paper’s sports department when she transferred in as a copy editor less than two years later. She then covered the University of Central Florida’s football and basketball teams for a year while writing occasional features and columns.

In 1985, she moved to San Francisco in as a full-time sports columnist for the San Francisco Examiner. She was hired by the Chronicle in 1994.

Joan lives in Marin County, north of San Francisco, with her husband, Boxing Hall of Fame sportscaster Barry Tompkins. They have one son, Ryan.

– The Water Giver: The Story of a Mother, a Son, and Their Second Chance

Nearly ten years in the making, Joan’s latest release, Intangibles: Unlocking the Science and Soul of Team Chemistry, answers some of the most intriguing questions about performance and human relationships: Is team chemistry real? If so, what exactly is it? How does it affect output? How is it cultivated?

Weaving cutting-edge research in sociology, psychology, and neuroscience, with page-turning storytelling, Joan takes us on a fascinating and wide-ranging investigation that spans from Oracle Park in San Francisco —where an improbable group of players were transformed into a World Series-winning dynasty—to the 1996 Olympics in Atlanta, where coach Tara VanDerveer brought a struggling USA Women’s basketball team back from the brink. Along the way we are presented with a definitive model of how team chemistry works, one that boldly argues that the phenomenon is not a gimmick, but is, in fact, an innate human construct with a single function: to elevate performance.

Her book Molina: The Story of the Father Who Raised an Unlikely Baseball Dynasty tells the story of Major-League Baseball star Bengie Molina’s father, who through baseball taught his three sons about loyalty, humility, courage and the true meaning of success. Bengie and his two brothers — Jose and six-time St. Louis Cardinals’ All-Star Yadier — became Major League catchers and have six World Series Championships among them. Only the DiMaggio brothers can rival the Molinas as the most accomplished siblings in baseball history.

The Water Giver: The Story of a Mother, a Son and Their Second Chance, tells the story of how Joan’s son’s near-fatal accident, and his struggle to become whole again, gave her a second chance to become the mother she had always wished she could be.

Visit the Book Passage website to have any of Joan’s books delivered right to your door.

Intangibles: Unlocking the Science and Soul of Team Chemistry

Molina: The Story of the Father Who Raised an Unlikely Baseball Dynasty

Little Girls in Pretty Boxes: The Making and Breaking of Elite Gymnasts and Figure Skaters

Sent May 24th, following their Conversations with Authors session.

I woke this morning still thinking about all of you who joined my conversation yesterday with Phil Cousineau.

Relationship is at the core of team chemistry, and of what it means to be human. Phil captured that so well in his questions and ideas. And Elaine Petrocelli lives it every day. She continues to offer a place for all of us – authors and readers alike – to connect with one another despite our current physical isolation.

Thank you, Book Passage readers, for listening to my Author’s Conversation with the great sports columnist and author Joan Ryan. I ardently believe that her new work, Intangibles, will elucidate many mysteries about team chemistry in sports, but also the team chemistry in our everyday lives.

I also mentioned a few other titles during our hour together, including my own 2004 book, The Olympic Odyssey, which was chosen by the US Olympic Committee as a gift for all 1700 US athletes who competed in the 2004 Athens Games.

In my 1998 book, The Art of Pilgrimage, I describe ritual journeys to sporting sites such as the Cooperstown Baseball Hall of Fame, as a pilgrimage, as well the trek to the homes of revered players, such as Pele, the superstar soccer star. I also cited legendary UCLA basketball coach John Wooden and his belief in the ancient Greek concept of “arete,” translated as “excellence.” A good course for him would be “The Essential Wooden.”

And finally some advice from my dad, who led me to both books and baseball, “Read, play, read again!”