in Conversation with Alison Gopnik

Get Ledger: Poems–and Jane and Alison's other titles–directly from Book Passage. 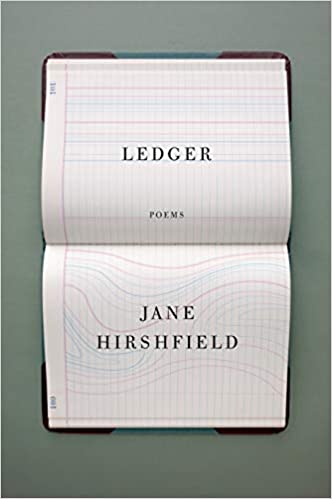 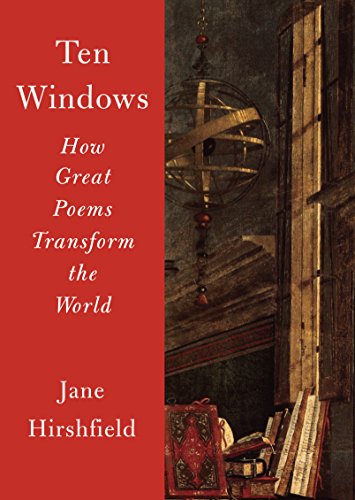 The Gardener and the Carpenter

Jane Hirshfield in conversation with Alison Gopnik
Sunday, May 31, 2020

Jane Hirshfield‘s recently released collection, Ledger: Poems has been hailed as the most important and masterly work of her career.

Jane, one of our most celebrated contemporary poets. is the author of nine collections of poetry, including the newly released Ledger; The Beauty, long-listed for the National Book Award and a San Francisco Chronicle Best Book of 2015; Come, Thief; After, named a Best Book of 2006 by The Washington Post, The San Francisco Chronicle, and the Financial Times, and a finalist for England’s prestigious T.S. Eliot Prize; Given Sugar, Given Salt finalist for the 2001 National Book Critics Circle Award, and winner of the Bay Area Book Reviewers Award; The Lives of the Heart; The October Palace; Of Gravity & Angels, winner of the Poetry Center Book Award; and Alaya.

Alison Gopnik is a professor of psychology and affiliate professor of philosophy at the University of California at Berkeley, where she has taught since 1988. She received her BA from McGill University and her PhD from Oxford University. She is a world leader in cognitive science, particularly the study of children’s learning and development.

Alison is the author of over 100 articles and several books including Words, Thoughts and Theories (coauthored with Andrew Meltzoff), The Scientist in the Crib (coauthored with Andrew Meltzoff and Patricia Kuhl),  and The Philosophical Baby; What children’s minds tell us about love, truth and the meaning of life. The Scientist in the Crib” was a San Francisco Chronicle bestseller, was translated into 20 languages and was enthusiastically reviewed in Science, The New Yorker, the Washington Post and The New York Review of Books (among others). She has also written for Science, The Times Literary Supplement, The New York Review of Books, The New York Times, New Scientist, and Slate.

“ A poem, a poet’s life, and the larger world are one continuous fabric.”

Jane Hirshfield, in poems described by The Washington Post as belonging “among the modern masters” and by The New York Times as “passionate and radiant,” addresses the urgent immediacies of our time. Ranging from the political, ecological, and scientific to the metaphysical, personal, and passionate, Jane praises the radiance of particularity and the consequence of the daily. Her poems and essays traverse the crises of the biosphere and social justice, abiding in the intersections of facts and imagination, desire and loss, impermanence and beauty— all the dimensions of our existence within what one poem calls “the pure democracy of being.”

Her nine poetry books include The Beauty, long-listed for the 2015 National Book Award; Given Sugar, Given Salt, a finalist for the 2001 National Book Critics Circle Award; and After, short-listed for England’s T.S. Eliot Award and named a “best book of 2006” by The Washington Post, The San Francisco Chronicle, and England’s Financial Times. Her two collections of essays, Nine Gates: Entering the Mind of Poetry (1997) and Ten Windows: How Great Poems Transform the World (2015), have become classics in their field, as have her four books collecting and co-translating the work of world poets from the past: The Ink Dark Moon: Love Poems by Komachi & Shikibu, Women of the Ancient Japanese Court; Women in Praise of the Sacred: 43 Centuries of Spiritual Poetry by Women; Mirabai: Ecstatic Poems; and The Heart of Haiku, on Matsuo Basho, named an Amazon Best Book of 2011. Her ninth poetry collection is Ledger (Knopf, March 10, 2020).

Jane’s other honors include The Poetry Center Book Award; fellowships from the Guggenheim and Rockefeller Foundations, the National Endowment for the Arts, and the Academy of American Poets; Columbia University’s Translation Center Award; The California Book Award, Northern California Book Reviewers Award, and the Donald Hall-Jane Kenyon Prize in American Poetry. Her work appears in The New Yorker, The Atlantic, The Times Literary Supplement, The New York Review of Books, Poetry, and ten editions of The Best American Poetry. In fall 2004, Jane was awarded the 70th Academy Fellowship for distinguished poetic achievement by The Academy of American Poets, an honor formerly held by such poets as Robert Frost, Ezra Pound, William Carlos Williams, and Elizabeth Bishop. In 2012, she was elected a Chancellor of the Academy of American Poets. In March 2019 she was voted into the American Academy of Arts and Sciences.

Jane has taught at Stanford University, UC Berkeley, Duke University, Bennington College, and elsewhere. Her work has been translated into over a dozen languages and set by numerous composers, including John Adams and Philip Glass; her TED-ED animated introduction to metaphor has received over 875,000 views. An intimate and profound master of her art, her frequent appearances at universities, writers’ conferences and festivals in this country and abroad are highly acclaimed.

Alison Gopnik is a professor of psychology and affiliate professor of philosophy at the University of California at Berkeley, where she has taught since 1988. She received her BA from McGill University and her PhD from Oxford University. She is a world leader in cognitive science, particularly the study of children’s learning and development.

Alison is the author of over 100 journal articles and several books including the bestselling and critically acclaimed popular books The Scientist in the Crib, as well as The Philosophical Baby: What children’s minds tell us about love, truth and the meaning of life, and The Gardener and the Carpenter: What the new science of child development tells us about the relationship between parents and children. She is a fellow of the Cognitive Science Society and the American Association for the Advancement of Science and a member of the American Academy of Arts and Sciences.

Visit the Book Passage website to have any of Jane’s books or any of Alison’s books delivered right to your door.

The Gardener and the Carpenter

We are so grateful to all the people in the Book Passage community, longstanding and new, who tuned in to our conversation (or rather, to this latest installment of what’s now become a 20-year conversation). And we are so grateful also to Book Passage, to Elaine and her staff, and to ExtendedSession for conceiving of and making possible this extraordinary series of writers’ conversations and inviting us in.

It’s the gift of literature to shape-shift, to find a something to say and ways to speak in any weather and circumstance. When people can’t gather in person, we can gather in ink – and now, in pixels, on screens. And we do. Because that’s how our lives become larger than they could ever be without the dialogue books bring, without this big table, into which new leaves keep being added, where we banquet together on words, ideas, images, inventions, questions; on our momentary, shared stays against confusion.

Here’s some suggestions for further reading that came up, some in our public conversation Sunday, some in the conversations we had leading up to it:

Mentioned in our conversation, some only briefly or just alluded to:

A few other books that are foreground for me these days:

Finally, two other books I know of (there are probably others) that share with my own new book LEDGER the distinction of having been published on March 10, the exact day that our life in the U.S. seemed, to me and others, to change.

THANK YOU ALL, please keep safe and well,