in conversation with Cathleen Schine

Elizabeth Strout‘s latest, Olive Again, continues the life of her beloved Olive Kitteridge, a character who has captured the imaginations of millions.

Elizabeth is the #1 New York Times bestselling author of Olive Kitteridge, winner of the Pulitzer Prize; Olive, Again, an Oprah’s Book Club pick; Anything Is Possible, winner of the Story Prize; My Name is Lucy Barton, longlisted for the Man Booker Prize; The Burgess Boys, named one of the best books of the year by The Washington Post and NPR; Abide with Me, a national bestseller; and Amy and Isabelle, winner of the Los Angeles Times Art Seidenbaum Award for First Fiction and the Chicago Tribune Heartland Prize.

She has also been a finalist for the National Book Critics Circle Award, the PEN/Faulkner Award for Fiction, the International Dublin Literary Award, and the Orange Prize. Her short stories have been published in a number of magazines, including The New Yorker and O: The Oprah Magazine. Elizabeth lives in New York City.

Cathleen Schine most recent work is the best-selling novel The Grammarians. She is also the author of The Love Letter, Rameau’s Niece, Alice in Bed, To the Bird House, The Evolution of Jane, She is Me, The New Yorkers, The Three Weissmanns of Westport, Fin & Lady, They May Not Mean To, But They Do. In addition to novels she has written articles for The New Yorker, The New York Review of Books, The New York Times Sunday Magazine, and The New York Times Book Review, among other publications. Her essays have been included in Best American Essays 2005, Fierce Pajamas, an Anthology of New Yorker Humor, and The Big New Yorker Book of Dogs. She grew up in Westport, Ct. and lives in Venice, California.

“Strout has said that she doesn’t know why readers like Olive so much, except that she is complicated, like all of us.

But I think we all have an Olive in our lives whom we never got to know. Mine was a teacher named Gertrude. It’s is Strout’s genius to reveal them to us in all their idiosyncratic glory.

A  personal note from Elizabeth.

Thank you to Elaine and readers at Book Passage:

Elaine, thank you so much for such a lovely evening with Cathy Schine – and thank you to all the readers who watched it; it makes me very happy to think you were all there. Each and every one of you, I give my thanks to.

I would recommend (I am reading it right now) Red Comet, by Heather Clark. It’s a new biography about Sylvia Plath, and it is so well written, it falls so easily onto the ears, that it is a joy to read. And it is nice and long, so that is good as well.

I also recommend anything by Alice Munro – her stories especially, but anything she has written. And also The Collected Stories by William Trevor – if you are not already familiar with his work, you should try it. It’s quiet and lovely, and very strong.

My very best to all of you! 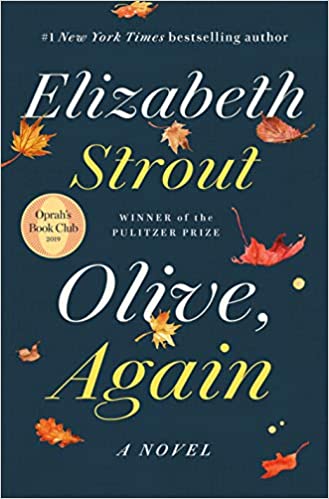 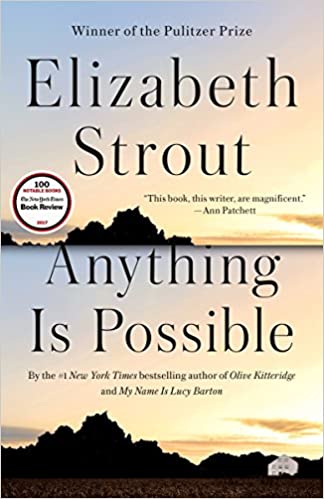 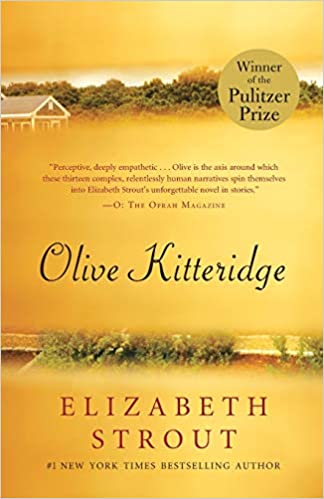