in conversation with Jill McCorkle

Bobbie Ann Mason‘s new, Dear Ann, is beautifully crafted and profoundly moving novel which follows a woman as she looks back over her life and her first love.

Raised on her family’s dairy farm in western Kentucky, she became interested in writing as a child, when she wrote imitations of the mystery series novels she read. She was inspired by Louisa May Alcott’s “Little Women,” but it wasn’t until college that she discovered other writers, especially the fiction of Hemingway, Salinger, and Fitzgerald.

Her first short stories were published in The New Yorker, during the 1980s renaissance of the short story, when writers such as Raymond Carver, Ann Beattie, and Tobias Wolff came to prominence. Her first book of fiction, Shiloh & Other Stories, won the PEN/Hemingway Award and was nominated for the American Book Award, the PEN/Faulkner Award, and the National Book Critics Circle Award. She received an Arts and Letters Award for Literature from the American Academy of Arts and Letters. The title story, “Shiloh,” about a disabled trucker whose wife is not used to having him at home, has been widely anthologized in college textbooks. The couple’s trip to the Civil War battleground of Shiloh began for Mason a recurring preoccupation with the theme of war.

Her first novel, In Country is taught widely in classes and was made into a Norman Jewison film starring Bruce Willis and Emily Lloyd. It is about a teenager whose father died in Vietnam before she was born. She is coming of age, now desperate to know more about her father. The Girl in the Blue Beret, ventures into World War II and the ways it is remembered. Her memoir, Clear Springs, about an American farm family throughout the twentieth century, was a finalist for the Pulitzer Prize. Her book of linked stories, Nancy Culpepper, is inspired by this family, and she says that while the circumstances are different, this is the work of fiction most closely identified with her own life and sensibility. She is former writer-in-residence at the University of Kentucky.

Jill McCorkle’s first two novels were released simultaneously when she was just out of college, and the New York Times called her “a born novelist.” Since then, she has published seven novels (most recent, Hieroglyphics) and four collections of short stories. Her work has appeared in Best American Short Stories several times, as well as The Norton Anthology of Short Fiction. Five of her books have been New York Times Notable books, and her novel, Life After Life, was a New York Times bestseller.

She has received the New England Booksellers Award, the John Dos Passos Prize for Excellence in Literature, and the North Carolina Award for Literature. She has written for The New York Times Book Review, The Washington Post, The Boston Globe, Garden and Gun, The Atlantic, and other publications. She was a Briggs-Copeland Lecturer in Fiction at Harvard, where she also chaired the department of creative writing. She is currently a faculty member of the Bennington College Writing Seminars and is affiliated with the MFA program at North Carolina State University.

“One day I was counting the cats and I absent-mindedly counted myself.”

Thank you to the wonderful folks at Book Passage for hosting the conversation between Jill McCorkle and me about my new novel, “Dear Ann.” And I’m so grateful to Elaine Petrocelli for her enthusiastic part in the evening. It is such a pleasure to think of all the viewers who have found this marvelous community bookstore. I’m heartened to see how Book Passage has made a go of it “pandemically” by hosting conversations with authors—talks that are still available on the website.  I certainly wish Jill and I could have been out there in California, meeting and chatting with readers, but this virtual connection to Book Passage was very gratifying.  Thanks to all readers!

The Boy in the Field. Margot Livesey

Tender Is the Night. F. Scott Fitzgerald (a masterpiece)

My bedside stack has been even higher than normal these recent weeks.  Along with Bobbie Ann Mason’s Dear Ann, I have loved reading:  The Boy in the Field by Margot Livesey,  If I Had Two Wings by Randall Kenan, Memorial Drive by Natasha Tretheway, Ron Rash’s latest collection- In the Valley, Lily King’s Writers and Lovers and Daniel Mason’s A Registry of My Passage Upon the Earth— These pandemic months have all run together and so I’m sure I will hit send and think of five more, or those I missed and now catching up on like Jane Hirshfield’s Ledger  and Honoree Jeffers The Age of Phillis.  Reading always feels like a lifeline but now more than ever.  Big cheers of gratitude to our Independent booksellers! 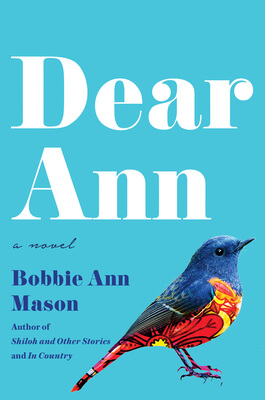 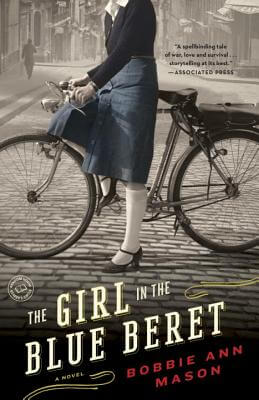 The Girl in the Blue Beret 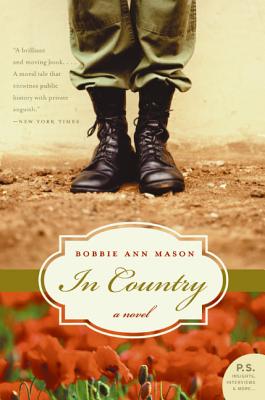