in conversation with Joel Richard Paul

Bill Petrocelli’s newest book, Electoral Bait & Switch  argues that the Electoral College has devolved from the institution that the founders created for the purpose of choosing a President and that it has now become a mere caricature of itself. The Electoral College now has only one function: to distort the result of the popular vote for President.

Bill is an author, attorney, and co-owner of Book Passage, the fiercely independent bookstore in Corte Madera, California, and at the San Francisco Ferry Building. In addition to several years in private practice, Bill has also served as a California Deputy Attorney General, the head of a poverty law office in Oakland, a member of the Board of the American Booksellers Association and an attorney for the Northern California Independent Booksellers Association. He is a frequent advocate on women’s issues and on the problems of local businesses.

Bill is also the author of Low Profile: How to Avoid the Privacy Invaders and Sexual Harassment on the Job: What it is and How to Stop It, the first book published on the subject of stopping workplace harassment and sexual violence. He has also written two novels: The Circle of Thirteen and Through the Bookstore Window, which Foreword Magazine calls “an unusual, rewarding take on the nature of memory: how it haunts and heals, how single moments set the future in motion, and how it binds survivors together in ways they seldom expect.”

Joel Richard Paul is a Professor of Constitutional Law at U.C. Hastings Law School in San Francisco. He has lectured and published throughout Europe, Asia, and Latin America. He is the author of Unlikely Allies: How a Merchant, a Playwright, and a Spy Saved the American Revolution and the biography of Chief Justice John Marshall, Without Precedent: Chief Justice John Marshall and His Times.

A personal note from Bill Petrocelli.

I want to thank Professor Joel Paul, the Extended Session team, the Book Passage team, and my wife, Elaine, for making this on-line program a success.

And I especially want to thank the more than 1,200 viewers who tuned in to watch the event. For me, this means much more than just potential book sales. Of course I’d be happy if you wanted to purchase a copy of Electoral Bait & Switch, but I didn’t write the book just for the royalties. I deeply believe that the elimination of the Electoral College is a critical political, constitutional, and moral issue, and we need to move on it as fast as possible. If you do no more than lobby your community groups and make your concerns clear to your Congressional Representatives in support of this change, that will make me happy.

Here are a few books I’ve been reading lately, and I recommend them all. When Time Stopped by Arianna Neuman is an astonishing memoir about a woman born in Venezuela who painstakingly chased down the story of her father’s life after he died. She found out that he was a Czechoslovakian Jew who somehow managed to find his way to Berlin during World War II and hide in a chemical plant under the nose of the Nazis. His Truth is Marching On by Jon Meacham is the poignant, uplifting story of Congressman John Lewis and this time. Meacham writes with wonderful, intimate detail and includes an Afterword that was written by Lewis himself just before his death. Isabel Wilkerson’s latest work is Caste: The Origins of Our Discontent, and it is the kind of book that people will be talking about for years. She looks at America’s race problem in a profound and enlightening way that is almost certain to make it into the national dialogue. 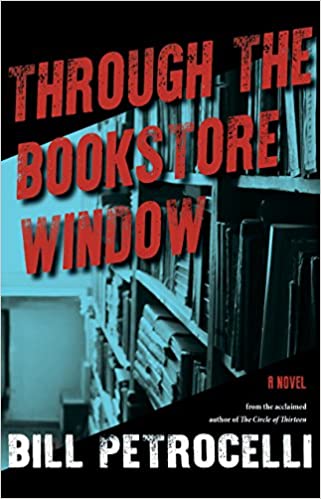 Through the Bookstore Window